Look Out Cotton, These 3 Fruits Are Shaking Up the Textile Industry

Blog Coconut Products Look Out Cotton, These 3 Fruits Are Shaking Up the Textile Industry 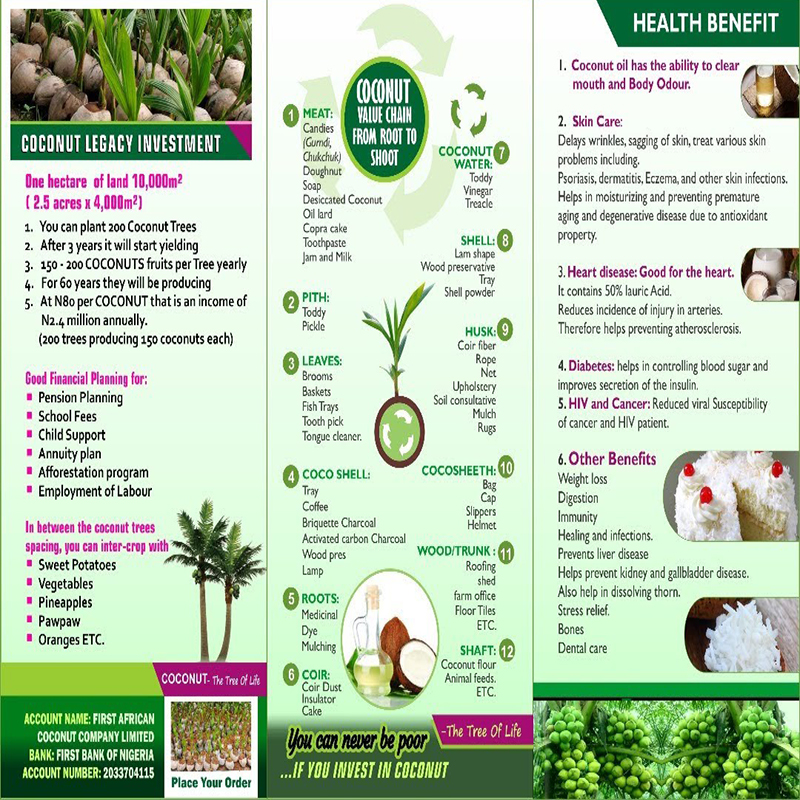 From fabric, to food, to feed, cotton has thousands of uses. Its ubiquitous presence, however, is entrenched with a long, brutal history that tremendously affects our world today. The Organic Consumers Association said that cotton is the most toxic crop in the world, using more than 25 percent of all the insecticides in the world and 12 percent of all the pesticides. The World Wildlife Fund says it takes 20,000 liters of water to produce one kilogram of cotton, the equivalent of a single T-shirt and a pair of jeans.

About half of all textiles are made from this environmentally unsustainable source, which is why the cotton industry could use a little competition. The good thing is there are plenty of eco-friendly choices to add to your wardrobe. In an article last week in The Guardian, three surprising fruit fabrics are featured that could not only contend with the cotton industry, but also uses up parts of the plant that would normally be left to rot. 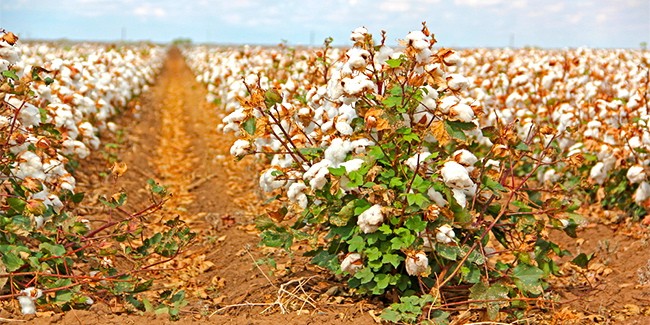 The U.S. is the second largest cotton producer in the world behind China. According to the Organic Consumers Association, about 75 percent of the cotton and cottonseed in the U.S. is genetically modified.

1. Pineapples leaves: We usually think of pineapples as a healthy snack or even a pizza topping, but Ananas Anam is using pineapple leaves to make a sustainable and cheaper alternative to leather called Piñatex, The Guardian reported. With a Cradle-to-Cradle approach, the textile company enlists pineapple farming communities to extract fibers from leaves in an extraction process called decortication. The resulting biomass from decortication can also be converted into organic fertilizer or biogas as an extra source of income to the communities.

Pineapple waste can also be useful for the food industry. In a study published in the journal Food and Bioproducts Processing, researchers found the enzyme bromelain (used to tenderize meat, baking and brewing) can be extracted from all parts of the pineapple, especially from the peel and the crown. As Food Navigator reported, the researchers said that bromelain extraction from pineapple waste would not only add revenue through increased bromelain supply, it would also reduce the impact of waste disposal.

Found in abundance in the Philippines, piña fabric is already used in traditional Filipino clothing for its fine and lightweight qualities. It’s ideal for warmer climates, and as Ecosalon wrote, the “glossy surface of the material also eliminates the need for toxic treating agents, since it acts as a protective layer for the fabric in itself.” There’s plenty of supply for the luscious fabric. The Philippine Information Agency announced that the country’s 59,000 hectares of pineapple plantations can yield 55,483 tons of pineapple fiber, adding that this agricultural waste can be alternative materials for apparel, home textiles, upholsteries, non-woven and industrial fabrics.

2. Coconut husks: Approximately 50 billion coconuts fall from trees annually but the husks and shells are typically tossed. But a coconut is a terrible thing to waste—its milk, meat, shell and even its fibrous outer layer can have a second life. Also known as coir, this versatile coconut fabric can be turned into many things, from common items such as door mats and brush bristles, as well as not-so-common items.

Specialty weavers Belton Industries spins this sturdy, biodegradable fabric into logs and fencing for landscaping and erosion control. Its absorbent nature is also being applied for for oil spills on land and water, as well as aiding re-vegetation along stream beds and on river embankments. Coir pith, a waste byproduct from coir production, can be used for mulching, soil treatment and a hydroponic growth medium, as Made How pointed out.

In terms of clothing, cocona fabric is made of coconut husks that have been recycled into activated carbon. When incorporated into fibers and fabrics, the result is a garment that dries fast, absorbs odor, stays cool and offers UV protection, which makes it ideal for sports wear. 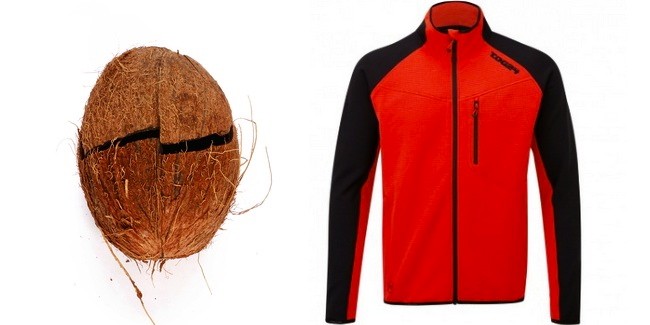 This Tog 24 men’s fleece jacket is made of 55 percent polyester and 45 percent cocona.

3. Banana stems: Another versatile fabric comes from banana plant stalks, a part of the plant that’s usually dumped or burned once the fruit is cut off, causing pollution. As The Guardian wrote, approximately one billion tons of banana plant stems are wasted each year, even though “it would only take 37 kilograms (about 81.571 pounds) of stems to produce a kilogram (about 2 pounds) of fiber.”

The fabric is already used in Japan and Southeast Asia, as the course outer layers of the stem can be used for baskets or table cloths and the fine inner layers can be used for delicate kimonos. According to eco-textile company Offset Warehouse, “Banana plants often do not require pesticides or fertilizers when grown in the tropics. Being a waste product of the food industry, these stalks that were once often just thrown away are being used as a new valuable resource with very little extra cultivated acreage being required.”

In India, paper manufacturing firm Eco Green Unit the NGO Chaitanya Mandal are buying banana stems directly from banana farmers to manufacture paper, The Indian Express reported. “Earlier the farmers had to pay Rs 3,000 (about $50) per acre to get their fields cleared,” Dileep Kulkarni of Chaitanya Mandal told the publication. “Now, if they decide to supply banana stem to the processing units they would not only save on that amount but instead they would be paid well for it.” 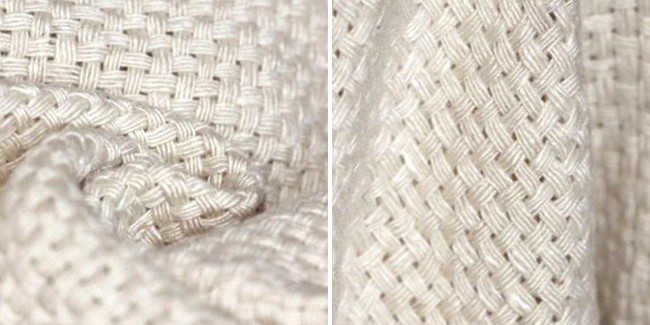 This thick basket weave banana fabric can be used for tailored jackets and skirts, as well as cushions, throws and blankets. Photo Credit: Offset Warehouse

As a side note, if you are looking for cotton clothing, look for organic varieties that are grown without toxic, synthetic chemicals. Seek out natural dyes to further reduce the amount of chemicals dumped into our ecosystem. 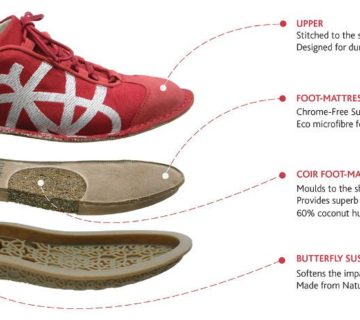 Using coconuts to create shoes with a good sole 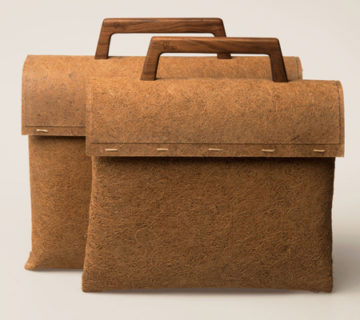 Dutch designers have made a bag from coconut husks